The Jungle refugee camp in Calais: third world conditions on the UK's doorstep 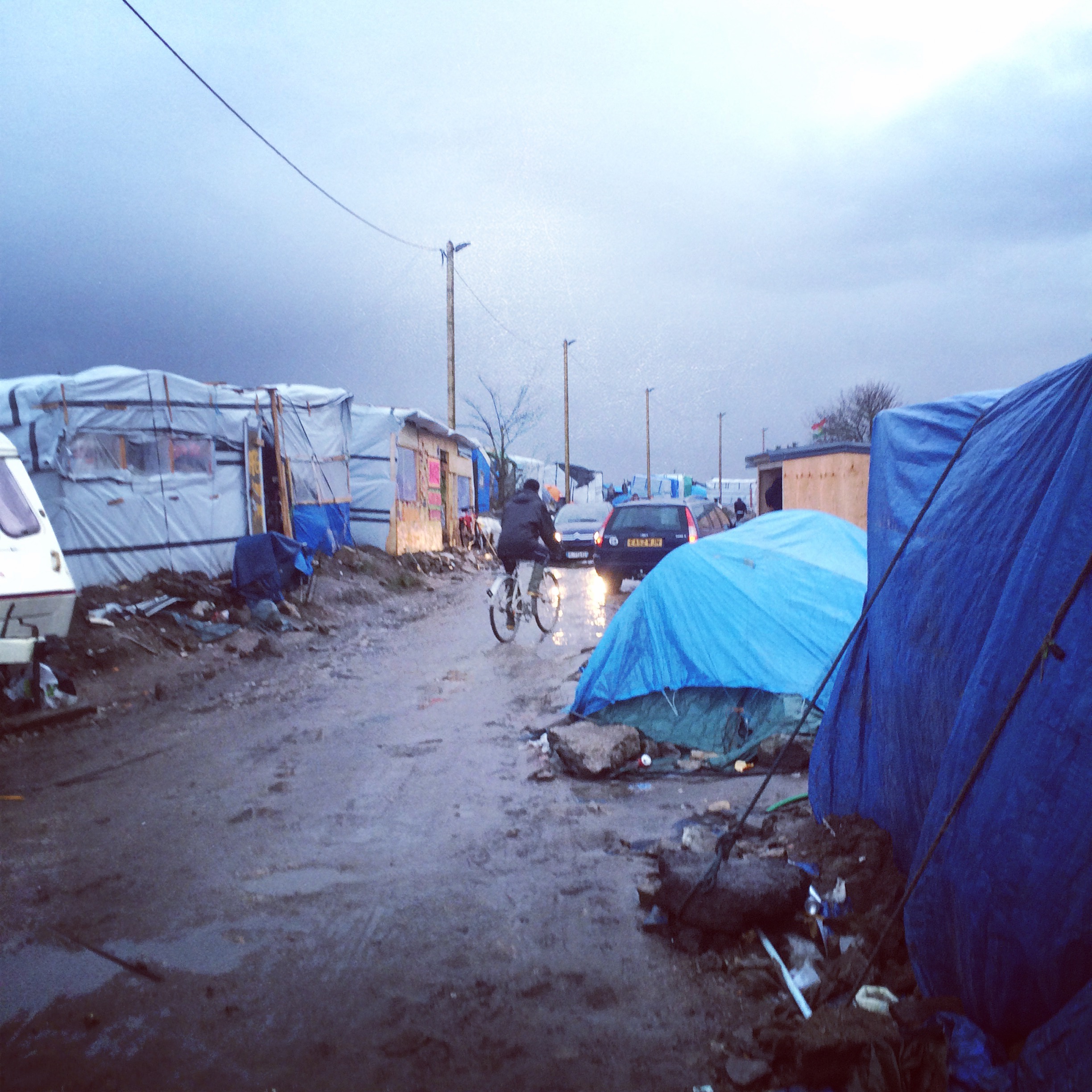 The driving wind and cold rains of winter make the Jungle refugee camp in Calais an even more unforgivable place than it already is. On a recent Wednesday in January, men line up and wait for more than an hour to get a pair of shoes, some wearing flip flops and no socks or running shoes with the backs folded down. As the shoes are distributed a scuffle breaks out, men shouting and pushing toward the small hut where a group of volunteers are trying to regain control of the crowd.

Next door at the lunch distribution hut, where I’m serving curry, rice and cous cous, the volunteer trying to enforce the numbered ticket system is fighting an uphill battle as people skip the queue. I’m told the previous first-come-first-serve system was utter chaos with people descending on the hut en masse.

I can’t blame any of the camp residents for their frustration; they are desperate people living in desperate conditions. Built on a former landfill site, there is no clean water and I saw only one shop selling hot showers. Generators provide electricity but are a scarce commodity. Cooking is done using propane tanks or over open pits.

These third world conditions exist on French soil and at the foot of the UK border. It’s a state of limbo that neither government wants to deal with.

I went to the Calais Jungle with a British woman named Claire Ball, who was driving over from London. We only spent four days volunteering in the Jungle, a blip compared to the long-term volunteers who dedicate months of their life to provide crucial humanitarian support. But in that short time I could see that life in the jungle is in a constant state of tension, like a pressure cooker ready to pop. Tension is inevitable when there’s scarcity. And there’s also unavoidable culture clashes when diverse groups live alongside each other: Syrians, Eritreans, Sudanese, Kurdish, Iraqis, Afghanis and Iranians all trying to survive.

Adding to the tension is the persistent police presence just outside the two exits and along the highway overlooking the camp. 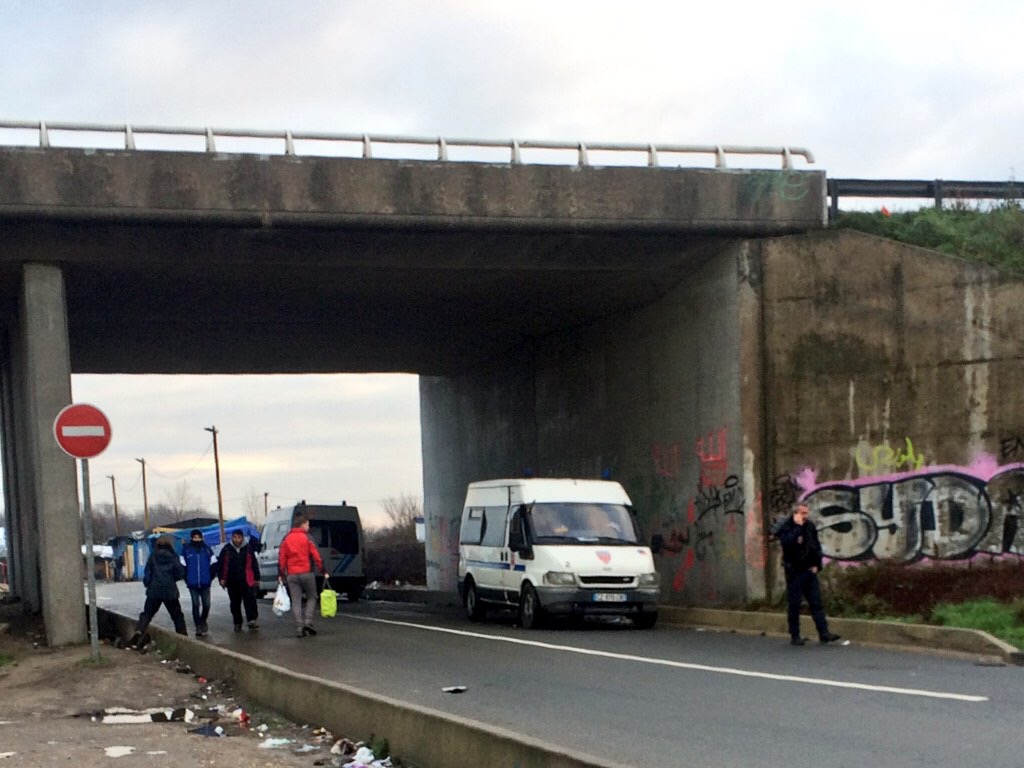 One night after the sun went down, no one was allowed in or out of the camp so many volunteers were forced to sleep in the Ashram Kitchen The next night, a large excavator appeared next to the white police vans parked outside the back exit of the camp, promoting fears of a plan to raze the tents. The fear proved unfounded but this is a constant trepidation that hovers over refugees and volunteers.

I found it a a sad irony that in our budget hotel, the only guests were either volunteers helping in the camp or the Gendarmerie military police called in from other parts of the country to patrol the camp.

The camp has a legal advice centre but Britain is not granting asylum to refugees in the Jungle, instead pledging to resettle 20,000 Syrians from refugee camps bordering Syria. There’s only one way out of the Jungle and that’s the dangerous and illegal crossing to the UK. 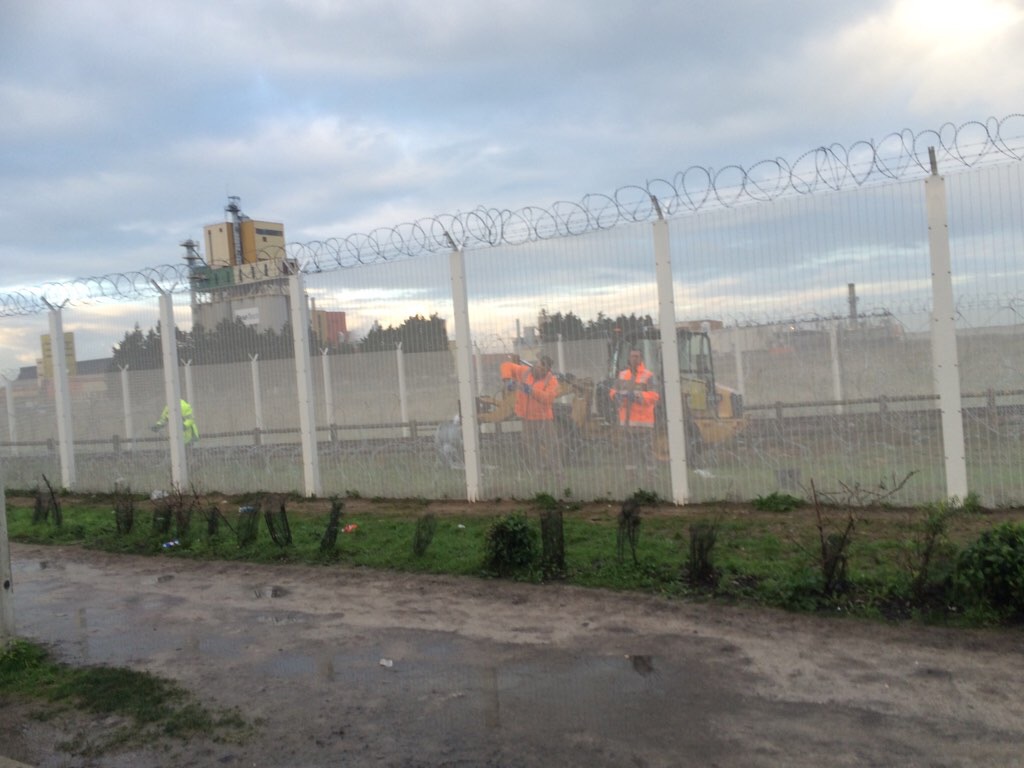 The British government has spent $8 million building a steel and barbed wire fence to make it more difficult for people to access the highway to stow away on a lorry. Some follow the tracks and attempt to jump on a train heading through the Eurotunnel. For many these risks are deadly. In December, a 15-year-old Sudanese boy was killed while crossing the motorway. In October, a 16-year-old Afghani boy was run over by a train at the Eurotunnel.

“Maybe I’ll go tomorrow,” said Farook, a Sudanese man in his 20s who rolled up his sleeves to help alongside volunteers in the Ashram Kitchen, which serves more than 1,000 people two meals a day. Many camp residents volunteer in the various service centres, giving them a break from the monotony of daily life and a chance to practice their English. When I came back to the Ashram Kitchen the next day, Farook was still there, but the thoughts of escape to the UK are constantly on his mind.

A British woman named Liz runs the women and children’s centre and stays in a caravan in the camp. She’s taken in two of the unaccompanied minors to stay with her, including one teen from Afghanistan named Jamil. He doesn’t speak much English but he made gun shot sounds and said “war” and “dead” when asked about life in Kabul. He has tried to cross the UK border before but was detained by police and brought back.

On distribution day, Jamil helped unload boxes of clothes at the women and children’s centre as mothers and their little ones waited under a tarp to escape the rain. When the distribution starts, women line up based on their assigned half an hour time slot, then come in and pick out clothes, socks and sanitary supplies.

The living-room sized centre is lined with cardboard boxes, filled with clothes separated according to size and category. One small toddler took unsteady steps across the floor, with that telltale, just-learning-to-walk cadence. I held him under the arms, which were warm under his thick hand-knit sweater, as he ambled toward his mother.

A woman of about 20 was looking through the box of jackets, passing over a bright yellow ski jacket and a red raincoat. I held up the yellow one. “What about this one?” “No, it’s too bright, not good for the border,” she said. I told her to be careful but she moved along looking for a dark-coloured jacket. 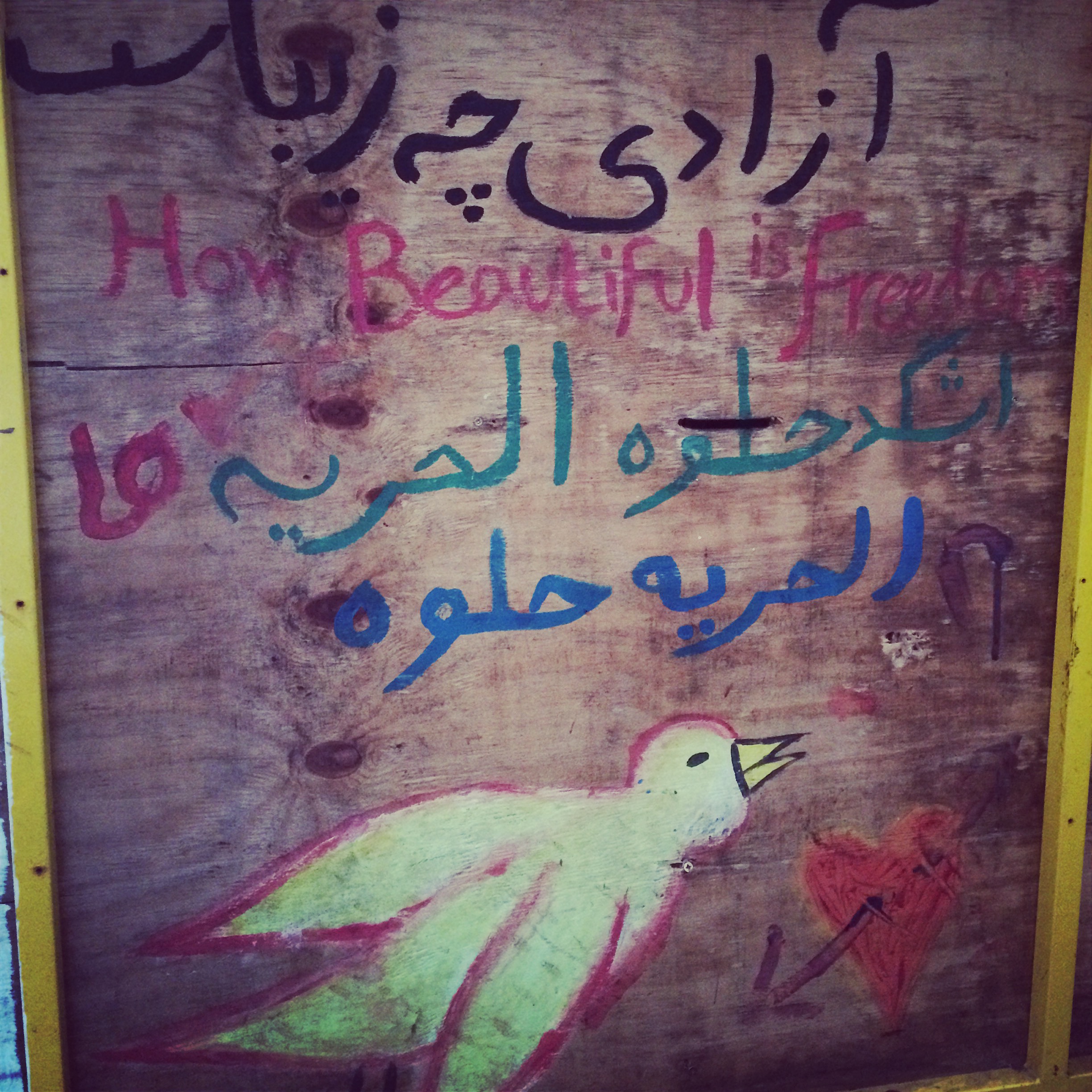 One volunteer I met at the women and children’s centre was a Calais resident named Valerie. She said she volunteers as regularly as she can, sometimes bringing along her 17 year-old daughter and 10-year-old son. Valerie said public opinion in Calais is sharply divided between those who think the migrants should go back to where they came from or should fight to protect their country and those who sympathize with the plight of the migrants and want the French government to do more.

Medecins sans Frontiers and Medecins du Monde are active in the camp, providing vaccines to ward off the flu and TB. However, major aid organizations like the UNHCR or the Red Cross are not present in the camp because the French and British governments have termed it an illegal settlement. The French government is in the process of building a replacement camp but this would house only a fraction of the people in the Jungle.

There is an estimated 5,000 people in living in the Jungle. To put the number in perspective, about 5,000 people arrive on the Greek island of Lesbos every day. About 3,000 people are staying in a second camp Dunkirk where the conditions are even worse. A local bylaw has barred volunteers from bringing in building supplies and sometimes even food and clothes to help those whose tents have collapsed in the winter storm.

As we leave on the fifth day, heading on the ferry back to the UK, the wind violently pushes the rain sideways. I think of what this will do to the flimsy tents, flattening them until their practically swallowed up into the muddy ground. I think of the soaking wet blankets and clothes that are impossible to dry. And I think about how no one deserves to live like this.

To donate to support the people living in the Jungle, please visit calaid.co.uk